Rare disease is the number one cause of death in babies under a year. Currently, there are over 7000 rare diseases recorded with the number growing every year. Unfortunately, 95% of all rare diseases have no cure or treatment but you can help to change that.

28 February was the sixth Rare Disease Day at the National Institute of Health (NIH) in Washington DC. Hundreds of people from rare disease foundations around the country gathered to discuss current research, awareness-raising activities, community and organization involvement opportunities, and how you can get more involved in your own healthcare policies and care.

Rare Disease Day also seeks to bring awareness to decision and policy makers, public authorities, industry representatives, researchers, and health professionals about rare diseases and their impact on patients’ lives and their families.

What is a Rare Disease?

Why are Rare Diseases Important?

Because rare diseases are not that rare and growing every year. Today there are over 7000 rare diseases currently registered. It is estimated that between 25-30 million Americans have a rare disease and 300 million people worldwide. If you gathered all those on the planet with a rare disease, it would fill the entire United States.

Should our government spend time on rare disease issues when there are so many other important things going on?

The short answer is yes.  Here are some important statistics why:

Five reasons there is hope for people with a rare disease:

What you can do to be an agent of change before a rare disease affects someone in your family (especially your children):

P.S. If you are ready to turn your limitations into superpowers, apply to work with me one on one in my 90 day intensive. Three months to a stronger, powerful you so you can get on with life and make the massive impact in the world you were meant to. Space is limited.

Lisa Douthit Wellness Warrior
Lisa Douthit is the author of Amazon’s #1 bestselling book, Wellness Warrior - Fighting for Life in Fabulous Shoes and a Master Healer who is passionate about healing from all perspectives. After struggling with multiple bouts of cancer and autoimmune disease, she understands the physical, spiritual, and emotional pain you feel and has made it her mission to have a voice for all those with an invisible illness. She learned how to be well without perfect health and wants to share her knowledge so we can all live the life we've been dreaming of. She has a private Facebook Group called Wellness Warrior Tribe for all those with chronic illness looking for support and encouragement. For more out of the box thinking that is guaranteed to bring you joy, Like her FaceBook Page Here or join the tribe Here.
Recommended Posts
Comments
Be Inspired!
Alone we’re strong but together we’re invincible! 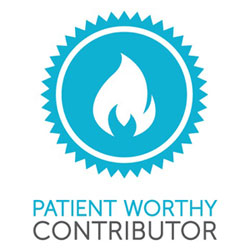